William Scott Wilson is known as a researcher who introduces Edo era of Japan, especially bushido. Most of his translation works are basically relate to bushido , such as “The Book of Five Rings” by Miyamoto Musashi, “The Flowering Spirit” by Zeami, “The Life‐giving Sword” by Yagyu Munenori , and so on….

As a part of his reseach work, Wilson traveled through Kisoji (the Kiso Road) several times, and wrote a book called “Walking the Kiso Road” to introduce 11(eleven) posting station located along the Kiso Road. 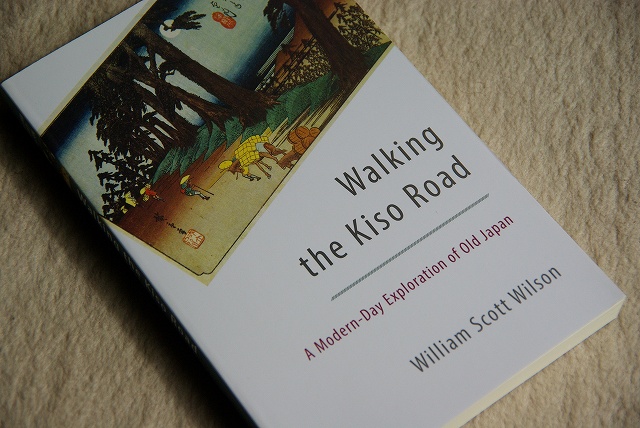 This marvelous book is his first travel diary, and of course his aim of writing the book would be to introduce the culture of Japan’s Edo era to Western world.
We notice that so many Westerners are walking or cycling on the Kiso Road these days. I guess the publication of the book could be one reason for that. 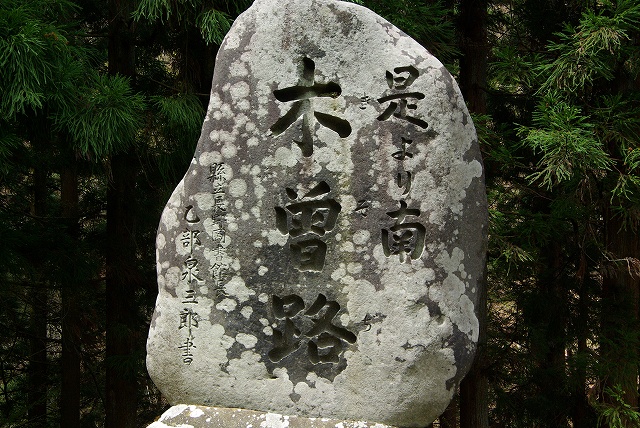 This photo shows the stone marker that indicates the “Northern Entrance of Kisoji”. It is standing at the side of national highway R19, just few miles away from the JR Niekawa station. Niekawa is the first posting station of Kisoji. 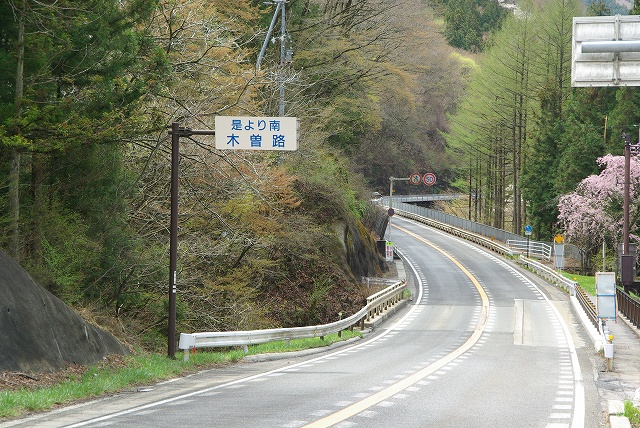 You may see this sign on R19 when driving into the Kiso Road from north to south. The said stone marker is located just behind the cherry blossom tree on the right. 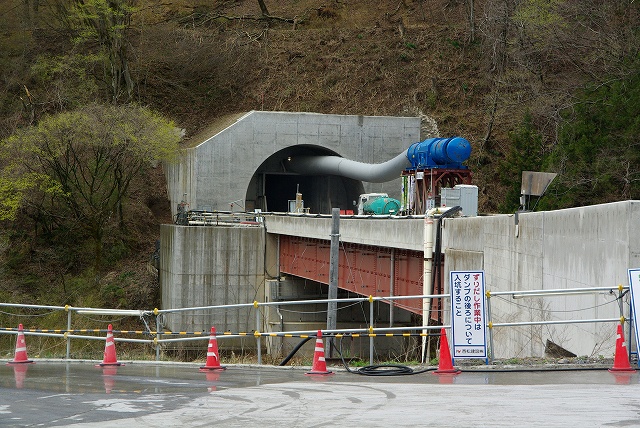 New tunnel is under construction near the stone marker. It will be completed on January next year (2020), probably with the car park. Those who want to see the stone marker have to park the car and walk few minutes.

Magome and Tsumago Jan. 2023 – A Most quiet time of the year – 静かな真冬の馬籠宿と妻籠宿を散策

Midwinter. We could hardly see any tourists walking along the post town. At the Toson Museum, we found a gardener work...