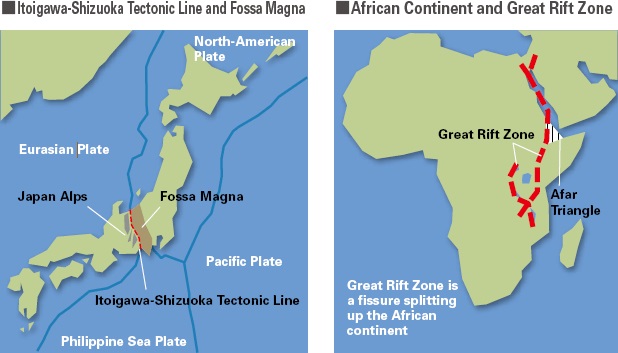 Process of forming are different, but both are of quite large geological significance. 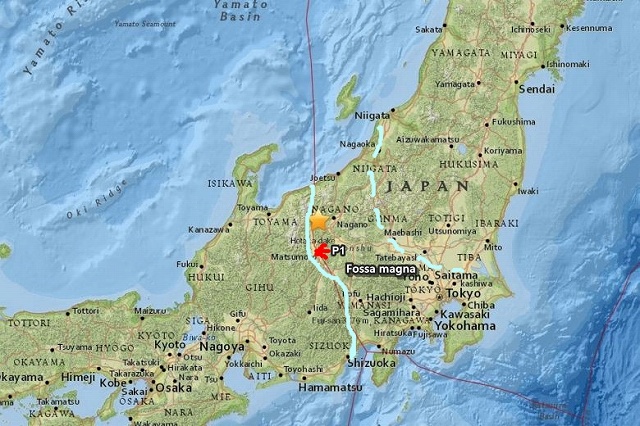 The overview of Fossa Magna. the great fault zone of 6000m deep is dividing the Honshu island of Japan. There are many active volcano including Mt. Fuji and Mt. Ontake in this area. 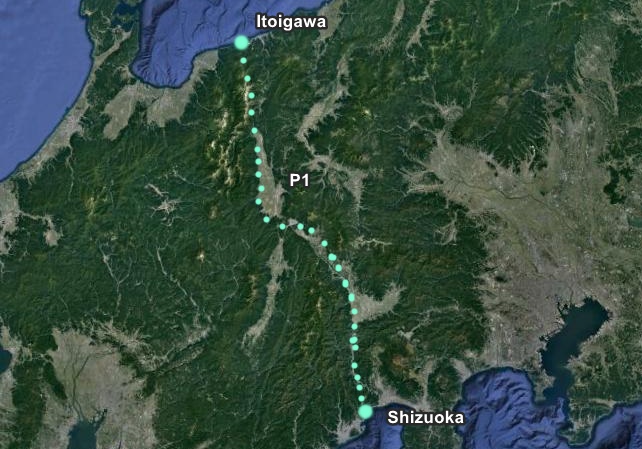 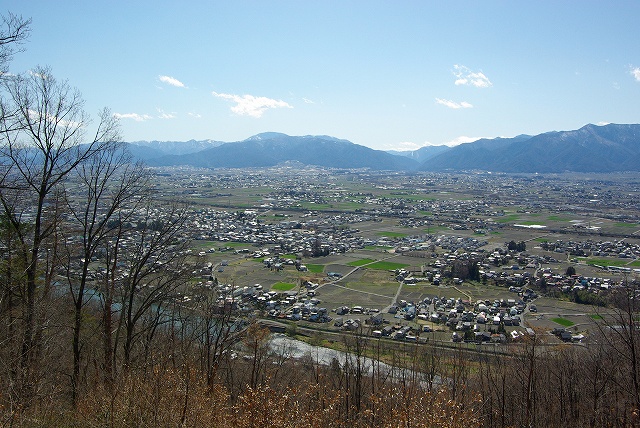 Looking at the west border line of Fossa Magna from Point P1. Beyond the line, you can see the Japan Alps. Heinrich Edmund Naumann was the first geologist who recognized the existence of this marvelous topographic feature. 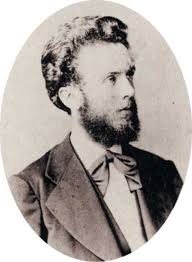 Below is the extract from wikkipedia:

Heinrich Edmund Naumann (September 11, 1854 ～ February 1, 1927) was a German geologist, regarded as the “father of Japanese geology” in Meiji period Japan.

Heinrich Edmund Naumann was hired by the Meiji government in 1875 as a foreign advisor, with the task of introducing the science of geology to Japan through his teaching at the Kaisei Gakko, the forerunner to Tokyo Imperial University.

Naumann conducted numerous geological surveys, traveling over 10,000 kilometers within Japan, covering almost every province in Honshu, Kyushu and Shikoku. In 1879, Naumann began publishing his ideas of the geological origins of the Japanese archipelago, which he speculated was created from three major foldings of the Earth’s crust, in the pre-Paleozoic, late Paleozoic and Miocene era, and that Japan was composed of two major mountain systems, in the southwest and the northeast. The divide between these mountain systems, a great fault zone which vertically divides the main Japanese island of Honshu from the Izu Peninsula in the southwest to Toyama in the northeast, he labeled the Fossa magna. 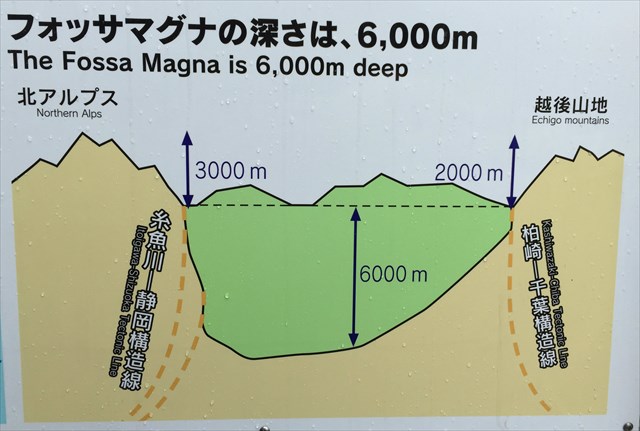 Image Credit: Geocaching
Check below if you are interested in the detail:
Geocaching