The Yogawa trail is a popular alternative to the portion of the Nakasendo between Midono and Nojiri post towns. Most foreign travelers try to avoid that portion of Nakasendo since you have to walk on the Route 19 roadway most of the time. It is not enjoyable.

As you can see in the video on my previous article on Nov. 2019, You start walking at JR Nagiso station. Then, after passing through the Midono post town, you take the route to the right, following the signs for the Nakasendo. Now, you are on the way to the Ne-no-ue pass.

Nakasendo is also known as the Princess Highway. In the Edo era (17th to 19th century), several princesses from the Imperial family in Kyoto used the Nakasendo to go down to Edo (present Tokyo) to marry Shogun. 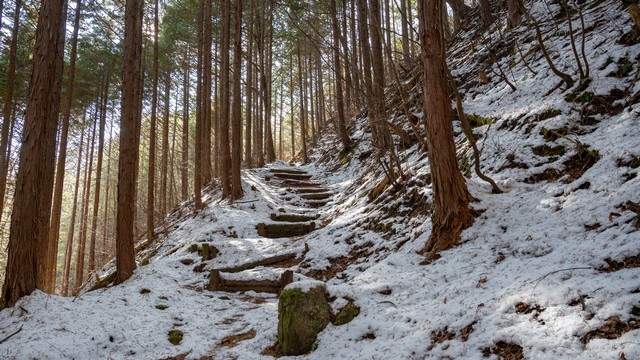 Some of those princesses had to go through the Nenoue pass, and we can see some remnants even today along this beautiful mountain trail called “Yogawa-Michi.” 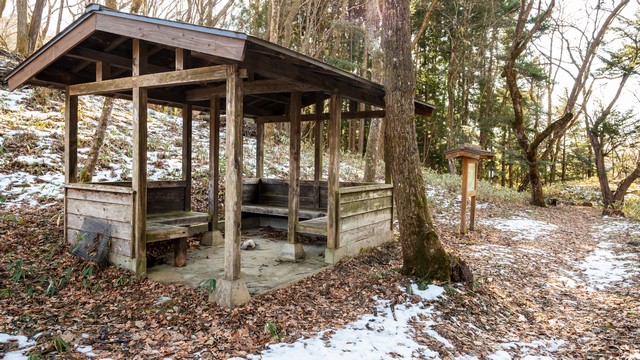 One of such remnants. The procession of a princess had a short break at this point. 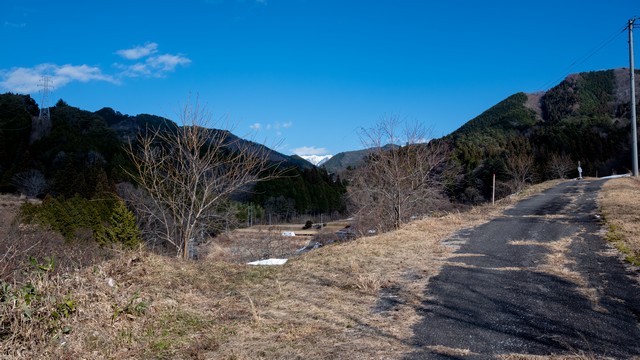 In the open area, you can see the mountains of the Central Alps in the distance. 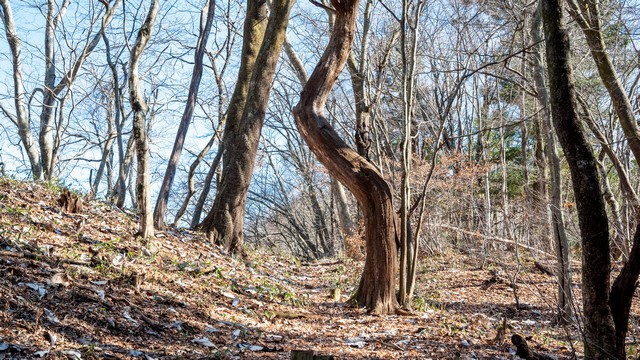 My favorite tree. Every time I come to this point, I imagine the beautifully dressed princess on the palanquin carried by ten men on their shoulders. They could not use an oxcart on this kind of mountainous trail.

The Yogawa trail is not part of the Nakasendo. It is a detour used only when the official road is damaged due to heavy rain. Even now, we often see traffic closure in heavy rain between Nagiso and Nojiri. 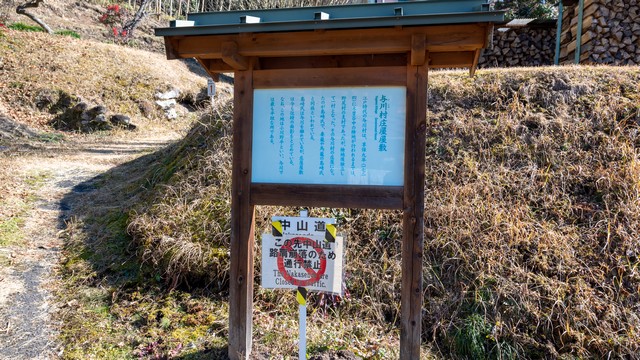 As of January 2023, some sections of the Yogawa trail are still recovering from the damage of the 2021 disaster. When you encounter these “Closed traffic” signs, you should go back to the previous intersection and follow a temporary set “Detour” sign. 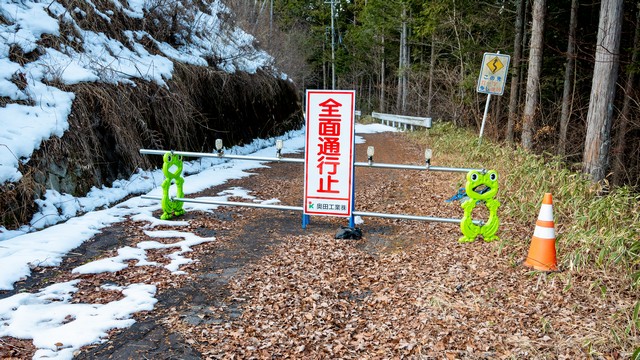 The roadway from the Nojiri station to the Nenoue pass will be completely closed for a few months due to the construction of a new bridge. However, you can walk to the station going through the short section of the mountain trail and construction site.

Have a look at the article about the Yogawal walking tour before the COVID-19.
Yogawa-michi Walking Trail in Nov. 2019.

The trail shows a different look for each season.