Every year, people make a new wooden“Mikoshi”to breake it! The Mikoshi（御輿, portable shrine）weighs over 400kg. It is not only heavy. The added sophistication of the woodwork is just marvelous. Two spiritually prepared carpenters are designated, and they work hard for one month to make a Mikoshi.

Why do they roll the“Mikoshi”shrine to break?

Once upon a time, two brothers of Sosuke and Kosuke from Kiso town were working as wood craft men at Hida Suimu Shrine. The Hida district is about 70km away from Kiso town. Someday, the war broke out in Hida district. Sosuke and Kosuke carried Mikoshi out of Hida to save the sacred treasure of Shrine. When they reached the pass between Hida and Kiso, people of Hida followed them and tried to take the Mikoshi back. So, two brothers droped the Mikoshi and rolled it over, and finally had reached to Kiso. This is the legend behind the “Rolling Shrine” festival. 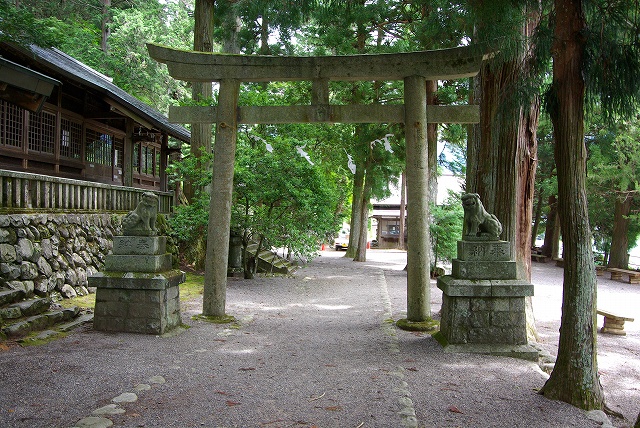 The Precincts of Suimu Shrine. Nice and quiet. 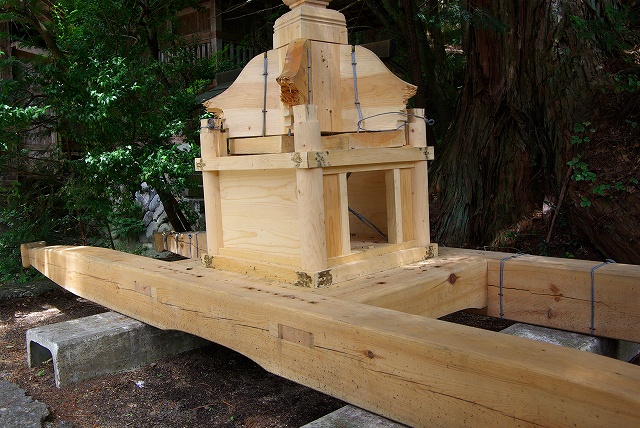 After the festival is over, the broken Mikoshi will be displayed until next year. 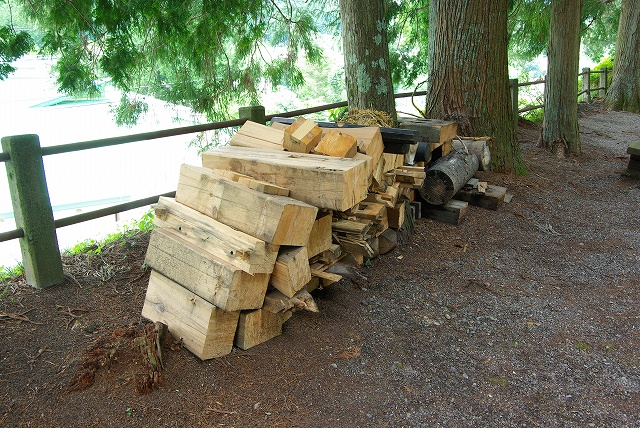 The mikoshi will be cut in pieces to be burnt on new year ceremony. 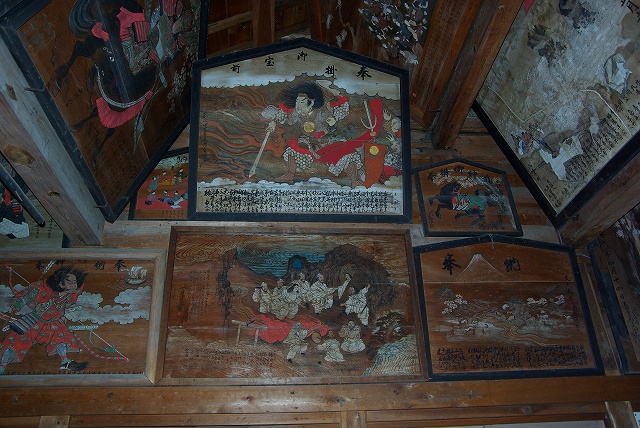 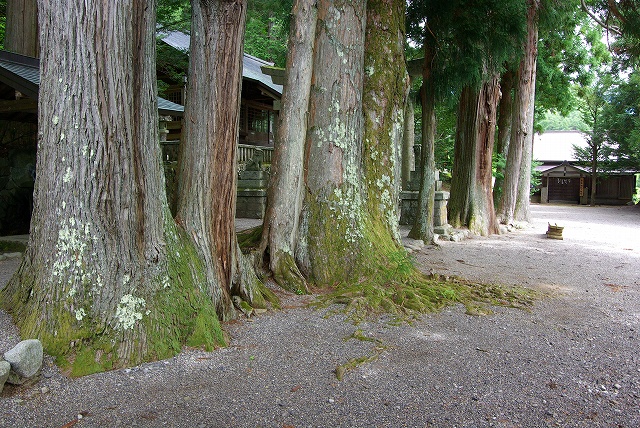 Old trees at the precincts of Suimu Shrine. One of my favorite place.